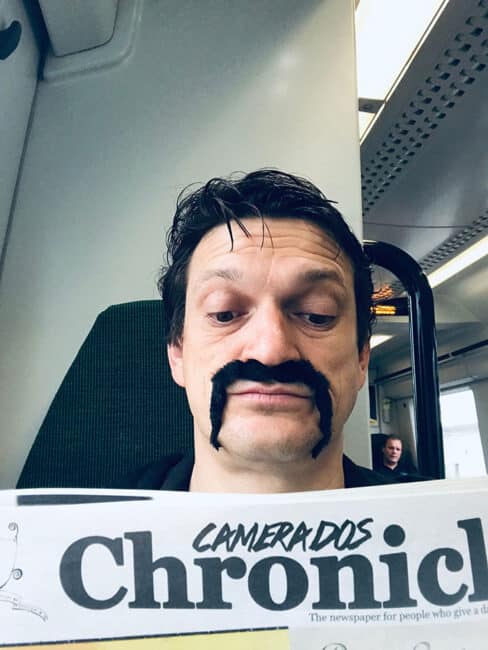 The movement’s first ever newspaper launched last week, its called the “Camerados Chronicle”. It contains stories from around the Camerados movement and by reading each other’s experiences hopefully it brings us closer together. There’s even a puzzle page, a Children’s Art club and features written by Camerados from across the globe. It was produced by the Camerados Story Dept in Blackpool working with the AOC office (Association of Camerados).

To spread the word some of us hit the streets of London and created pop up public living rooms in Trafalgar Square, Piccadilly Circus and elsewhere. Here’s a 2 minute film and some photos of our exploits: