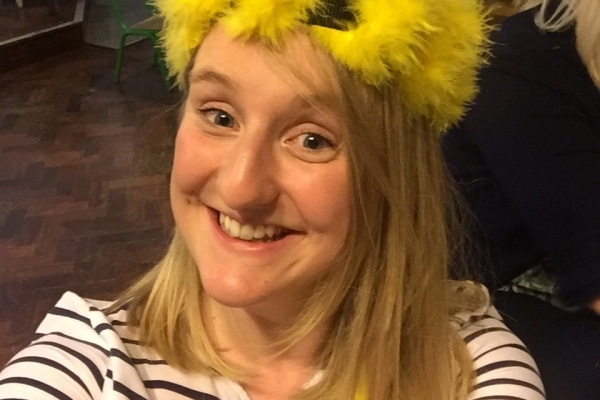 In June, I was asked to listen in on a conference call about a ‘public living room in a box’, not going to lie, I only said yes out of intrigue.

The call lasted about 20 minutes, hosted by some folks from Oxford (who seemed pretty excited to talk to us) calling themselves ‘Camerados’. Their idea was pretty simple, they’d been experimenting since 2015 with creating spaces where people could look out for each other. There was no service provision, no staff… or even any volunteers, just a welcoming environment, where people could connect with each other (on good days or bad) and feel less alone.

This I liked. What appealed even more was that they were open to you running your own social-experiment with the box. Of course, they shared some of their learning, but they recognised that successes and failures would look very different in different areas of the world (oh yes did I mention – Camerados is a global movement… there’s a box in Baltimore and one in Belfast, to name just a couple!) This meant we could embrace and include the fantastic community action that already goes on in our town. Focussing our mission in support of that, using Camerados as a tool to share and promote rather than duplicate; collaboration not competition.

So, Camerados Boro was born. The box arrived and we got started, opening it at the weekly community lunch hosted by MIMA. To date we’ve hosted:

We’ve learnt so much in this time and new Camerados have brought new ideas and passions as they’ve come along and got excited with us!

A couple of Camerados believe that music is a great tool to build connection, they’re exploring the creation of a library of instruments for free community use. Another wants to see yellow and black notice boards across the town, inviting people to be part of existing (and hopefully new) community action.

Our aim is to support people to find friendship and purpose, through simply being willing to share a bit of time with each other. From this, we are confident more life-bringing, life-sharing community action will derive.

To this end, from September 11th we will be trialling a regular lounge, every Tuesday 7-9pm at Bar Zero. There isn’t really a plan, just an opportunity… so, be a Camerado and come along!