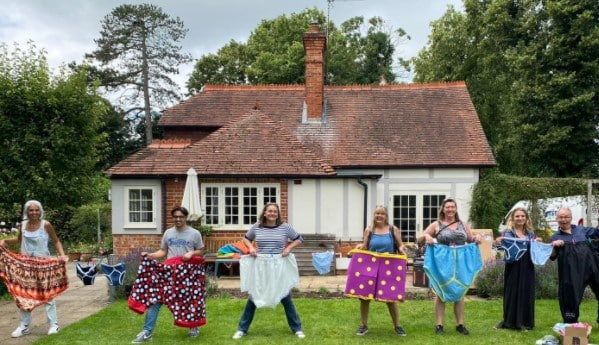 PANTS! PANTS! PANTS! Camerados are hanging pants on the streets outside the Forum on 30th July, because when life is ‘pants’ being a camerado gets us through.

The pandemic has shown us that even when life is ‘pants’, we can get through tough times by being a camerado. On Friday 30th July, camerados of Norwich will be out at the Forum, to pop up on the streets, chat and hang out together. They are offering a place where nothing is expected but everyone is welcome, to meet new people and find out about the movement.

Life has been ‘pants’ this last year, but camerados in Norwich have been getting through it together. When life is pants, be a camerado; it gets you through tough times. Folk who are part of the Camerados movement look out for each other, online and in person. Anyone can be a camerado, it’s a movement guided by six principles and they are things you can do in your daily life.

“The way we meet, mix and mingle has changed, but we have all learnt during the pandemic how important it is to look out for each other. So we are going to create a beautiful space, all about meeting people and being camerados”. Catherine Wilks is a camerado living in Leicestershire. She is the arts and activism lead for the Association of Camerados (the supporting organisation for the Camerados movement) and has been preparing to come to the Forum along with folk from Norwich who are already part of the movement.

Sam Moon, a Norwich camerado, says that “people are excited about Camerados coming to the streets of Norwich. This is an opportunity for people to find out about camerados and hopefully it will excite a collective to start a Public Living Room in Norwich”. More than 100 Camerados Public Living Rooms have popped up across the UK and the world since the first one opened in Sheffield in 2016.

It’s all about being more human, having a laugh and having each other’s back, without agenda or judgement. Anyone is welcome, not everyone will get it, but if you do, or you want to find out about the movement, come to the Forum on 30th July and share how life can be pants. 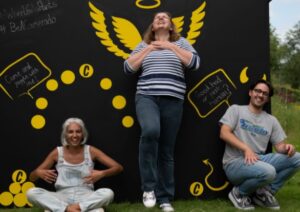