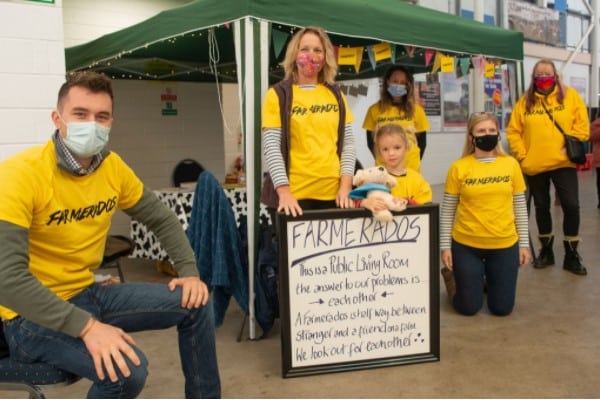 Farmerados are folk from the local farming communities in Somerset, including from the Young Farmers Association, who are part of the wider, national Camerados movement. They come together in a Public Living Room at the Wiveliscombe market and will be there this Sunday 12th September!

Folk who are part of the farming communities in Somerset know that farming can sometimes be an isolating life, so decided to set up their Public Living Room, guided by the Camerados Principles, as a place for people to come and be alongside each other on the good days and the tough, with no agenda and no fixing.

Public Living Rooms are open to everyone and set up by local people who are part of the Camerados movement. They are places to meet new people, have a chat and a cuppa, because sometimes it’s easier to chat to a stranger in the moment, than someone you know. 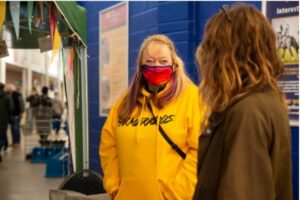 Becky is a Farmerado from Somerset: “The answer to our problems is each other – this sentence says it all for me. I do believe that when you provide a lovely space for people to meet and connect great moments can occur and friendships can be started. We don’t need an app, we need connection. A Farmerado is a person who is half way between a stranger and a friend on a farm.”

Maff’s bio, photos, stories from the movement and a potted history of Camerados are available here.