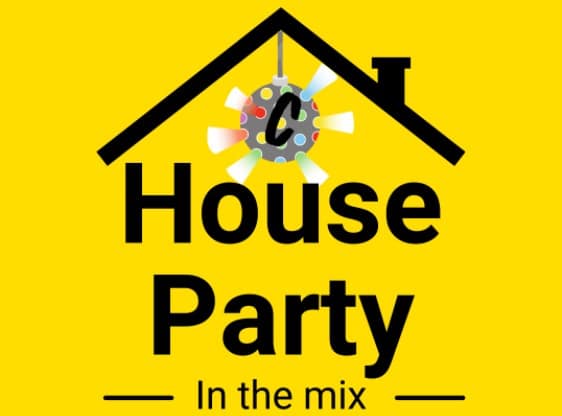 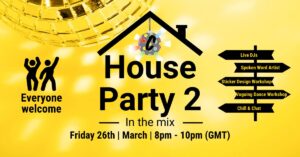 On a cold Friday night in February, Camerados got together to throw an online house party, it was such a fantastic evening that another is planned for Friday 26 March, check out our Events page for more details and why not come along?

Well it’s got different rooms and you can move between them just like if you’d rocked up for a party at a friends house, only you’re in charge of your own drinks and snacks, and there’s no problem finding your coat at the end of the night. Some folk came along in their comfies others went all out and dressed up as if they were going out out.

Folk hip hop’d with Charlie Blair in the hallway, then learnt to draw graffiti styley with Unity in the lounge, listened to spoken word from Sarah McCredie in the dining room and went for chill n chat with Pip in the kitchen….. oh not forgetting dancing, lots of dancing…… dancing wherever you wanted, how you wanted and all night if you wished, although the House Party throwers were tucked up in bed after 10pm, well 10pmish! 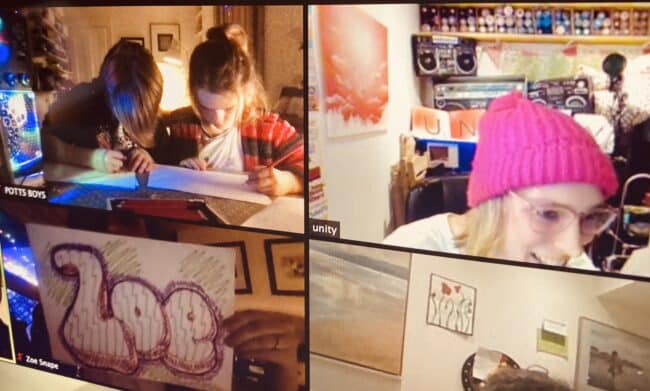 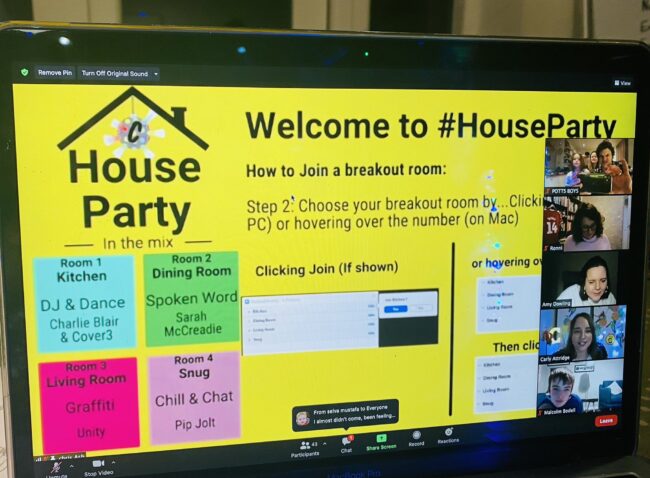 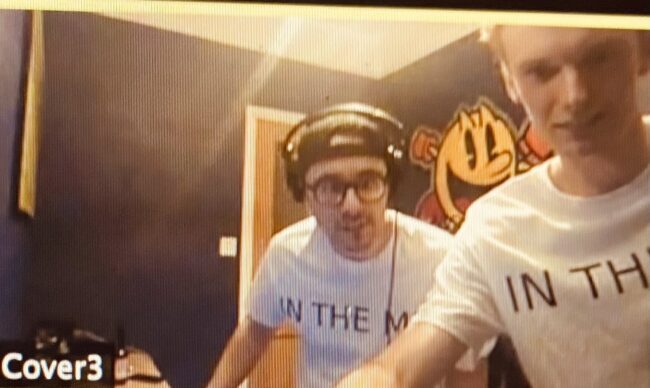 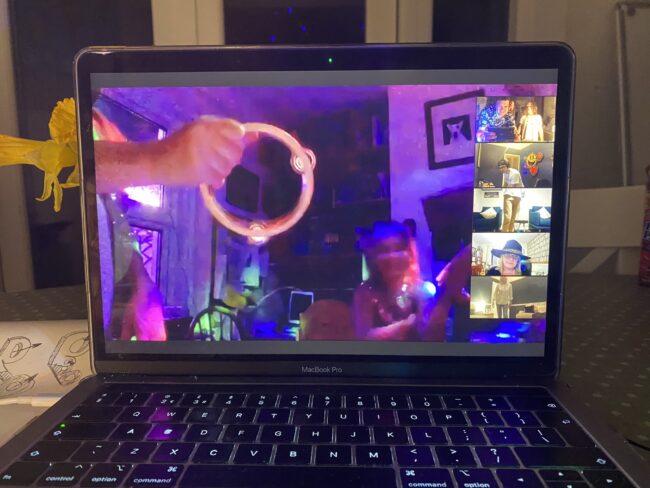 …. there was even dancing with tinsel.

Here’s what some other folk who came thought…..

“Just wanted to say a big thanks for lovely on-line party last night. My daughter and I really a enjoyed doing the graffiti, it was fun. She was even dancing on camera by the end, which is a big deal for a fourteen year old. I am a GP and have so much contact with people who do not leave their homes. This sort of remote semi- structured activity is
really interesting as potential first step”

“I was very anxious about joining the party at first but I put on my “mask” & grabbed enough courage to do it! I’m glad I did, everyone was very friendly. I chickened out of the dancing bit but I don’t think anyone noticed!! I shall see you next time & maybe join in a bit more, I hope”

“I really enjoyed it. It reminded me of going to the Arts Lab in Birmingham in the 70s to some of their events. Inever thought back then that I’d end up living in a virtual world!”

“We mostly enjoyed hanging out with Pip and friends in the Chill room, the chat was entertaining and I felt an atmosphere of warmth and acceptance. Sarah’s spoken word poetry was great too, this was not the type of thing I would have attended otherwise, it was really interesting and moving. We attended the Graffiti workshop for a short while with Unity, who was articulate and engaging. We were having so much fun we lost track of time. It was fun being able to move between the rooms, just like a real party, only without the queue for the bathroom.”

“My brother has Down’s syndrome and has struggled through lockdown not completely knowing what is going on he has also had covid and luckily survived it with no lasting complications. When he finally got on to the event he had a great time it gave him the boost he needed when it finished he couldn’t wait to ring me to tell me everything he had done. He has used the graffiti art class to do more pictures and the R&B dance lessons he has used what he has learnt to show us all on his Facebook live”

“I was in a very dark place yesterday and didn’t really see an end to it, and these days have been getting darker to be honest, I haven’t felt that bad for quite some years and most days I just do want to be here…… Despite having people that love me, a nice home and things to do that make a difference, life feels so dark and Lonely at times. Sometimes when I think of this continuing for longer and with all the other challenges that I have to live with extreme depression, chronic pain it just gets overwhelming and gets lost. Last night was just what I needed, to be able to just not do anything other than connect with other people and just dance, has made such a difference. I woke up today feeling that today is gonna be a good day, thinking about actually what is important to me, and how I can do this stuff and enjoy my life despite all my hurdles to climb (Haven’t been anywhere for a whole year more or less) and never imagined that I would feel so good just after being silly and dancing!”

….so why not come along to our next one, theme is disco, so dust off those flares and get groovin’ on Friday 26 March from 8pm.