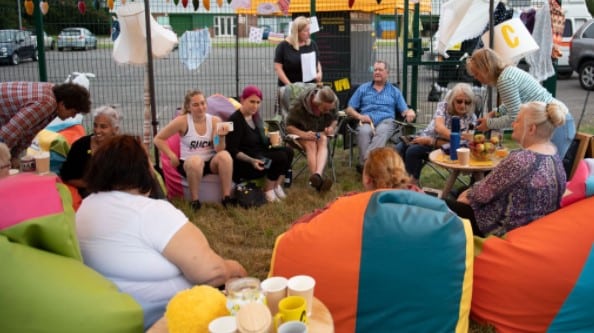 Come along to the Scotforth Road Methodist Church and find out about the no-agenda place to have a chat and a cuppa in your community.

Thanks to the Bringing Communities Back Together Fund from Asda, there will be a community barbeque at the Public Living Room during the afternoon, so pop along for a free burger and a natter with folk in your community!

Folk in Lancaster, and across the country, know how important a bit of a chat and some human connection can be in our lives, so decided to set up a Public Living Room at the Scotforth Road Methodist Church. People from the community come together every Wednesday between 9am and 1pm, as a place for people to come and be alongside each other on the good days and the tough, with no agenda and no fixing.

Public Living Rooms are open to everyone and set up by local people who are part of the Camerados movement. They are places to meet new people, have a chat and a cuppa, because sometimes it’s easier to chat to a stranger in the moment, than someone you know.

Maff’s bio, photos, stories from the movement and a potted history of Camerados are available here.